The Urban Legend of the Momo Challenge 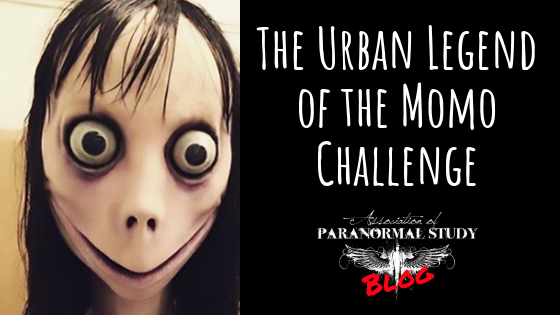 An example of a message from Momo

At first glance, the main image used for the new viral Momo Challenge is nothing short of unsettling. What is even more disturbing is that it is a suicide challenge. Basically, users on WhatsApp and Facebook are challenged to do these small acts that quickly escalate to becoming more deadly and violent. Failure to complete these task promises death to the victims by the creepy looking character. This is mainly targeting kids, and some children as young as six years old have been looped into this. The character also requires photographs as proof of the completion of said tasks. It seems to be the Blue Whale challenge repackaged as something else.

So far, two preteens/teenagers have died from this challenge, citing the cause of death as suicide. A 16-year old boy and a 12-year old girl took their own lives as part of the Momo Challenge. Basically, the person is challenged to message the character on WhatsApp, and the process follows from there. If the person refuses to follow the challenges, they are sent violent and gory images and threatened. There have been reports of children facing harassment and bullying if they didn’t adhere to the directions. Or, even daring one of their peers to participate. Schools in the United States have taken a special interest in the Momo Challenge and have issued warning letters to parents at brick and mortar schools.

So, what have I taken a special interest in the Momo Challenge? Well, it’s starting to garner the reputation of an urban legend. This reminds me a lot of Slenderman, and we know how there have been a string of attempted murders and crimes done in the honor of this fictional character. Momo also seems to have been birthed from creepypasta, so that adds another feather to the hoax cap.

I’m truly fascinated by things like this, because this is how urban legends and ghost stories are born. Right now, we have a lot of information to prove that Momo is nothing but a sick user online that is doing some terrible things. But how much time will pass before society looks at the creepy doll and associates it with the Legend of Momo? It’s actually a sculpture that was created by a Japanese special effects company called, Link Factory. The sculpture was displayed at Tokyo’s art Vanilla Gallery under the title, “Mother Bird.” See the full sculpture on display on the right.

It’s more than obvious this is a sculpture. I do feel for Link Factory because the piece was never meant to be used for anything evil and sinister. Instead, it has been distorted to be associated with Momo from now on, and it will likely never shake that reputation. It does make me wonder about the future of Mother Bird.

So, if you, or your youth, have messaged Momo and are now trying to find a way out of the challenge without losing your life, turn off WhatsApp, uninstall it, do what you need to do to separate yourself. It’s not some evil entity that is hell-bent on taking down children one by one. Also, if you’re a parent with a child that uses social media, please talk to your child.

I have to wonder, in the next 10, 20, or even 30 years from now, how many times will Momo appear again? Will Momo become an entity all of its own thanks to our collective thoughts creating this sinister creature?

When it comes to Momo’s YouTube presence, I’m conflicted. Many of you know that I work for a large YouTube channel, and we took a special interest in the Momo challenge last year. When we were researching it, there were Momo videos on YouTube. I saw them with my own eyes. There was nothing “hacked” though. That’s a misconception. These were videos that were already uploaded to YouTube and targeted to children. This was before the hype so they weren’t caught by the video streaming site at the time. But since YouTube released their statement saying that they found no Momo video, and the fact checkers are supporting it, they wiped their site clean of anything Momo related. Even our own videos reporting Momo were removed. This makes me want to get out the tin foil hat and join the conspiracy theorists. But for real, question everything you read.