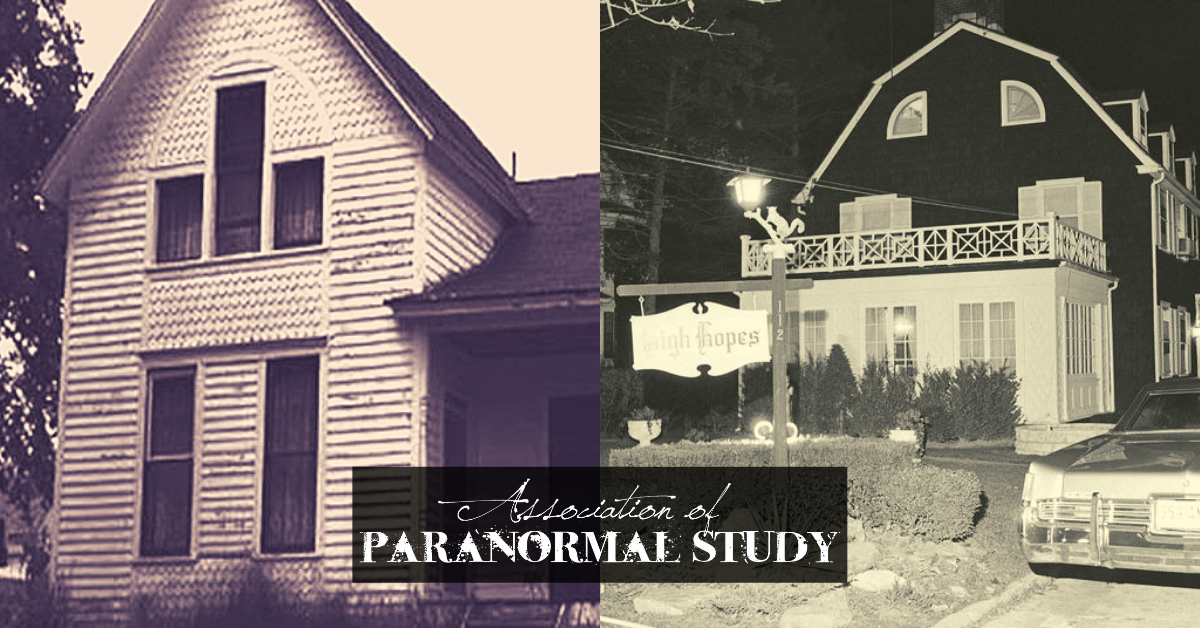 Murder tends to be a popular topic, especially in contemporary America. We idolize real-life serial killers and fantasize about fictional murderers. The action of taking another person’s life is a two-faced perspective. A lost life cut short is always tragic. On the other hand, how the murder happens fascinates people. Most importantly, we want to know why. What goes through a person’s head when they decide to take someone else’s life? How do they feel after? Do they want to kill again?

The Villisca axe murders and the Amityville murders are prominent murders that happened in the 20th century. But people die every day, so what is the big deal? The matter of how these people lose their lives is not only gruesome, but the facts are truly extraordinary. I’m going to break down some of the most disturbing similarities between Villisca and Amityville that will make you wonder.

Both Families Had Six Members Murdered

Between midnight and 5 am around June 10th-11th, 1912, six members of the Moore family were found bludgeoned to death. In addition to the family members, there were two friends sleeping over at the time who were also murdered.

On the evening of November 13, 1974, Ronald DeFeo, Jr. murdered the six members of his own family.

Both Houses Have Quarter Moon Windows

This one is a bit creepy. We are all familiar with the creepy “eye like” windows of the Amityville house. Some people think that the windows look downright evil.

What many don’t know is that the Villisca house also has quarter moon windows. They don’t look quite as evil as Amityville, but the common aesthetic between two drastically different time periods is striking. It seems these windows were quite popular for over half a century.

Both Families Were (Likely) Murdered in Their Sleep

When the Moore family’s remains were discovered, investigators concluded that all the members of the family were asleep. One of the guests, Lena Stillinger, seemed to have woken up because she had defensive wounds. Given it was 1912 and the murder weapon was an axe, it must have been a really quiet method. However, I have also heard axes chopping wood and it’s fairly noisy. I’m puzzled as to why and how these people were asleep. Especially with the ones who were in the same room when the murder was happening. You would think the other person in the room would have woken up.

One of the most terrifying myths about Amityville was that the DeFeo family seemed to have slept through it all. Ronald “Butch” DeFeo. The parents were likely awake at the time of their death. The children slept through their parents’ (and their own) murder. They were all shot with .35 caliber lever action Marlin 336C. All of the family members were also found face down in their beds.

No One Heard Both Murders

Okay, this one might be a stretch for the Villisca murders. But even so, none of the neighbors heard the family screaming when the murders took place. It should be noted though, that the neighbors noticed when the Moores didn’t do their morning chores. They felt comfortable enough to knock on the door and check on the family. So, this was a community that was personal and had deep connections…or in each other’s business.

The neighbors around the Amityville house reported that they didn’t hear any gunshots. Also, there weren’t any signs that Butch used a silencer. He could have used pillows to dampen the gunshot noise. But again, no one heard screaming or any ruckus around the house. The only thing the neighbors heard was the family’s dog barking.

Both Have Connections to Native Americans

To be fair, almost anywhere you go in the United States will have strong Native American roots. In the case of these two houses and murders, their respective towns were the location of strife and warfare between European settlers and local tribes.

According to a rumor, Villisca was named after the Native American word, “Wallisca.” When the town was founded in the early 1900s, it was thought that this word meant, “Pleasant View” or “Pretty Place.” Instead, the word actually means, “evil spirit.” I haven’t found much to support this theory, but it’s interesting.

Despite rumors of an ancient burial ground on the Amityville house property, it isn’t true. The tribe that most likely visited the area was the Massapequans.

Could an unrestful spirit have possessed Butch DeFeo and the Moore’s unknown assailant? The Villisca murders were never solved, despite a few arrests. All of the accused were acquitted. Perhaps it was merely a drifter who wanted to spill blood, and the Moores were the unfortunate chosen victims.

In conclusion, these similarities between these two murders continue to intrigue me. I feel as though there is so much more to both stories that can build these connections. However, thanks to time and simply not connecting the dots, there are some elements of the story that has been lost forever. Perhaps this is a tragic event that is doomed to repeat itself every several decades. How long will it be before the next one occurs? Either way, two families were destroyed.

And that is the most tragic connection of all.

What do you think? Do you see a connection between Amityville and Villisca? Tell us in the comments!