Ghost Stories of the Founding Fathers 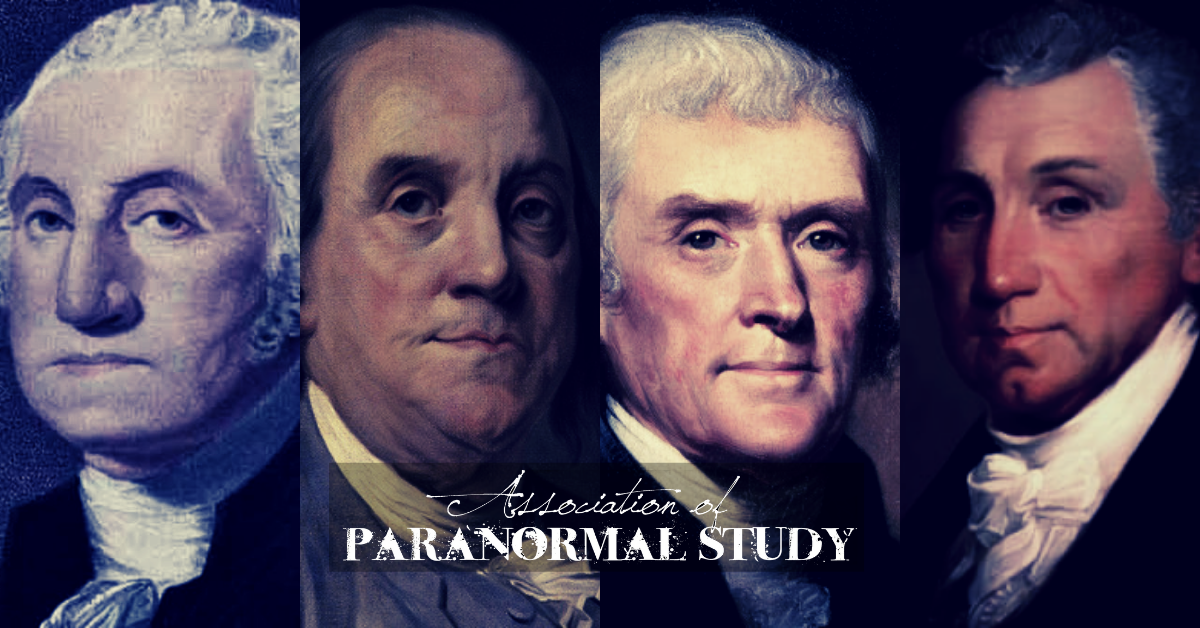 Another Fourth of July has come and gone. Every year, I can’t help but think of the ghosts of the patriots who still reside with us. While their physical bodies are gone, their spirits live on in this country they created through blood, sweat, and tears.

Could it be that these founding fathers are still with us even after death? After all, they risked and sacrificed their lives, the lives of their loved ones, and everything they knew once they signed their names on the Declaration of Independence. Perhaps, the United States is truly their baby, and the Founding Fathers are staying here, keeping a watchful eye on the nation they made.

Since our article on the haunting of Alexander Hamilton was such a hit, here are more stories of hauntings by the Founding Fathers and their family members.

John Adams had quite the shoes to fill when he became the second president of the United States. He and his wife, Abigail, were the first residents to move into the White House at the end of the 18th century. While John Adams’ ghost seems to be laying low, Abigail has been seen roaming the halls of the White House. She’s usually wearing a cap and a lace shawl while carrying laundry. I certainly hope this is more of a residual haunting because the thought of doing laundry for the rest of my afterlife would be my personal version of hell.

James Monroe was the fifth president of the United States. He was popular, but also unassuming. His most prized estate was Highland, which wasn’t too far from the famous Monticello. However, Monroe fell on hard times and had to give up Highland. He then moved to New York to be with his daughter and her family, where he eventually died. First, he would be buried in the family crypt. Then, his body was moved to the Hollywood Cemetery in Richmond, Virginia. It is there that Monroe has been seen near his gravestone, rubbing his shoulder, which is where he took a musket ball during the Revolutionary War.

Here is another ghost story that involves the founding father’s spouse. In 1754, Patrick Henry married Sarah Henry. In 1771, they moved to Scotchtown, Virginia to a plantation. After they moved in, Sarah had the couple’s sixth child. However, it seemed she suffered from extreme postpartum depression. Sadly, the only hospital that would accept mentally ill patients had deplorable conditions and Patrick wouldn’t subject his wife to that place. So, she was kept at Scotchtown. Sarah became so determined to harm herself that she had to wear a “straight dress”, much similar to a straight jacket. She was also moved to the basement and locked in two rooms.

Sarah eventually died in 1775 and buried with an unmarked grave on the property, per the tradition of mentally ill patients. It is said that her spirit still resides at Scotchtown. Screams can be heard from the basement and items have been moved. People have reported seeing a woman wearing a long white dress coming from the basement. Candles have also been lit at night while the home was empty.

While technically not a founding “father”, Betsy Ross was one of the most important female figures while America was fighting for independence. You could say she helped “stitch” it all together. Legend has it that she haunts her former homestead, and her ghost is often seen crying at the foot of her old bed. Betsy is also buried on the premises.

James Madison was the fourth president of the United States, and his wife, Dolley, planted the roses that still grow in the White House garden today. Legend has it that Dolley still haunts the grounds, checking in on her beloved roses. If you mess with Mrs. Madison’s roses, it is said that she will retaliate. When First Lady Edith Wilson (the wife of Woodrow Wilson), tried to have the garden, workers saw the apparition of Dolley, and she was very angry. Needless to say, the workers quit and never returned. Don’t mess with a woman’s roses!

If Benjamin Franklin had his way, the turkey would have been our national bird and we would have had to find alternative poultry for Thanksgiving. He was one of the most pivotal founding fathers who helped establish the foundation for the United States. Most of his important work took place in Philadelphia, Pennsylvania. This is why it is no surprise that Franklin’s ghost has mainly been seen in this area as opposed to his hometown of Boston.

He has been known to haunt the Philadelphia Philosophical Society, with one instance reported in 1884 when he knocked down a cleaning lady while she was in the library. The Society is over 200 years old and is located near Independence Hall. It has also been rumored that the Society’s statue of Franklin has been seen dancing in the streets.

Thomas Jefferson was the third president of the United States and the primary author of the Declaration of Independence. He was one of the core founding fathers. However, Jefferson always longed to be home at Monticello. Even in retirement, he was always called upon. He had to install special shutters for his first-floor office so that onlookers couldn’t spy on him.

Unsurprisingly, he haunts his homestead of Monticello (which means “Little Mountain). He has been seen among tourists as they walk through his home. He has been heard whistling tunes of his time, which was something he did while he was alive. Jefferson is also reported to haunt the most important place for a US president…the White House. Legend has it that Thomas Jefferson can be heard playing his violin in the Yellow Oval Room.

Our very first president, George Washington, has a few stories surrounding his ghost. Perhaps one of the most fascinating stories is the fact that his ghost appeared during the Civil War in support of the Union. As the 20th Maine was approaching Gettysburg, Washington’s ghost appeared when they got to a fork in the road. The regiment was unsure of which direction to go when a tall, imposing figure wearing a tri-cornered hat on horseback appeared and pointed them in the right direction towards Little Round Top, where they became famous for their “Bayonets!” charge. Not only that, but the ghost also told the group to follow him. Legend has it that it was Washington’s ghost who led that infamous charge. To this day, it is said that Washington’s ghost rides across the Gettysburg battlefield on his white steed.

Finally, Washington is also reported to haunt his beloved homestead, Mount Vernon. His remains are also buried on the premises. He has been seen on his death bed, and his bedroom is considered to be a hotspot for paranormal activity.

2 Responses to Ghost Stories of the Founding Fathers