The Most Haunted Places in New York 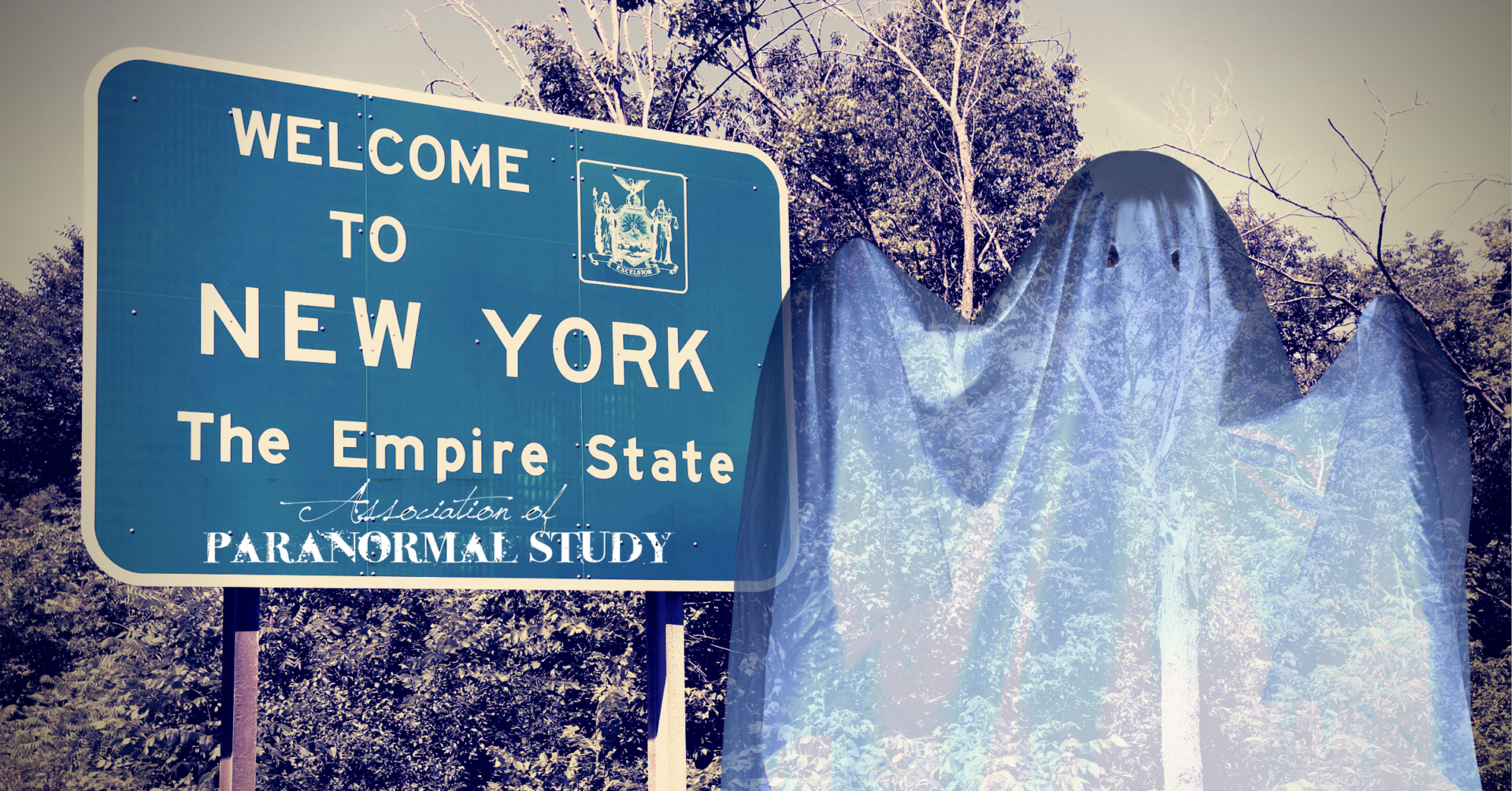 I lived in New York for most of my life until I moved to Raleigh, North Carolina in 2005. While in New York, I’ve experienced quite a few things, to say the least. I’ve seen everything from muggings, murders, The Miracle on the Hudson, World Series, Super Bowls, to the sight and sounds of Christmas time in Times Square. New York truly is an amazing state and has something for everyone.

Of course, I’ve had a couple of unexplainable experiences as well. When I was a young boy, I saw three rows of lights. There were three lights in each row. They streaked across the sky, stopped, and zoom away back from where it came. Needless to stay, I spent the rest of the night wide awake!

My mother reminded me of this little gem. I must have tried to bury deep inside. This was the Ouija Board incident. My friends and I started messing around with the Spirit board for some “harmless” fun one day. When no demons appeared, we became bored. I put it back on the shelf in my closet under some other games where they belonged.

The next day I opened the closet and the Ouija board was on the floor. I blamed my sister for using it and not putting it away correctly. I put it back on the shelf again under a couple of other games and closed the door. As I left the room I heard a thud from inside the closet. Yep, you guessed it. The dang board was on the floor again. That was the last time I saw that board and the last time I ever used one.  The board actually broke in half.

My aunt’s house in Larchmont, NY is said to be haunted as well. Built in the early 1900s, she told us stories of the dog staring up the stairs, hair on end, growling at the darkness. She also heard footsteps and a rocking chair in the attic late at night. Man, I wish she still lived there, I’d be there in a minute for a weekend investigation!

Remembering these tales, it has me thinking of what other places are possibly haunted in NY. You know places that you can actually visit without trespassing. I found these haunted places so that if you are ever in New York, you should try for your own investigation(s).

The Morris Jumel Mansion is the oldest house in Manhattan. It was built in 1765 by Colonel Roger Morris as a summer house for his wife.  When the Revolutionary War broke out, the family abandoned their house. General George Washington moved in, making it his headquarters in the fall of 1776. After the war, the estate was confiscated and sold to cover war debts.

In 1810, Eliza and Stephen Jumel bought the mansion. But after Stephen’s suspicious death, Eliza remarried none other than Aaron Burr, the former vice president who killed Alexander Hamilton.

The mansion and its spooky past have been featured on shows such as “The Holzer Files” and “Most Haunted Towns” with the Tennessee Wraith Chasers. If you are are in Northern Manhattan book a tour and bring some friends for a tour. You may just bump into the Original HomeOwners or POTUS #1 himself!

Here’s another hidden gem for you history buffs out there. Let’s talk about the Van Cortlandt House in my hometown of the Bronx. Take a look:

Construction on this Pre Revolutionary War Era Home started in 1748 by Frederick Van Cortlandt, who died before the construction was complete. Also, George Washington, Jean-Baptiste de Rochambeau, and Louis Gilbert de Lafayette used the house during the Revolutionary War. People report seeing dolls walking about, doors that close on their own and experience the feeling of being touched, according to The Riverdale Press.

This next place comes from one of my all-time favorite spooky stories from my childhood!

The Legend of Sleepy Hollow

Now if you look for Sleepy Hollow on your GPS, you will actually find it now. In 1996, Westchester County incorporated the name to a town. It is located just north of Tarrytown, nestled against the banks of the Hudson River. Lore has it that the Headless Horseman’s grave is located in the small cemetery in Sleepy Hollow. You can also find the grave of Washington Irving himself. I suggest taking a trip to this quaint village town around…you guessed it…HALLOWEEN!  You will find reenactments of Irving’s legendary tale, as well as Ghost Tours and breathtaking foliage.

This one is a must-see! Grand Central Station is the epitome of what NYC is all about. It has its own heartbeat and pulse pumping people into the city and pumping them back out from where they came. I fondly remember walking around the terminals listening to the musicians do their thing during my lunch breaks, bumping into celebrities and athletes from time to time and just enjoying the sights and sounds of the City. When you think of Manhattan it all starts here.

Now throw in a ghost tour on top of it all and you’ve hit the trifecta! Read this description from The Ghosts of NY tour guide: “ Travel the depths of Grand Central Terminal and discover the ghostly commuters of the New York City rapid transit systems such as President Franklin Roosevelt, Cornelius Vanderbilt, and August Belmont.

Belmont built the train tunnels that connect the terminal to the outside world, and now he torments those that pass by his haunt deep within the station. Roosevelt haunts the secret armored train underneath the terminal that connects Grand Central to the Waldorf Astoria Hotel that he used throughout his presidency. This tour is scary, inside, and goes to sparsely traveled corners of Grand Central.”  Just beware of the mutant sized rats and turtles!

I had no idea that this amazing little town in far away Upstate NY even existed until one of our Meetup members Michael brought it to my attention. Thanks Mike! Lily Dale is a community of Spiritualists and Mediums. This place is going to the top of my bucket list for sure!

Lily Dale is a hamlet located in the Town of Pomfret on the east side of Cassadaga Lake, next to the Village of Cassadaga. Located in southwestern New York State, it is one hour southwest of Buffalo, halfway to the Pennsylvania border. Lily Dale’s year-round population is estimated to be 275. Wikipedia

Founded in 1879 as a Spiritualist’s summer retreat, the original Lily Dale was a tented community that welcomed all manner of outsiders, including Susan B. Anthony, already a regular at nearby Chautauqua, the more intellectually minded cultural community founded a few years earlier. While Chautauqua’s engine is philosophical — arts-focused education for grown-ups — Spiritualism is a religious practice. Its central tenet is that the dead are still with us, and eager to chat.

There are 52 registered mediums in residence here, charging $80 to $100 for a half-hour reading. Their services, and Lily Dale’s small-town charms, draw about 22,000 visitors each year during the town’s season, which ends the day before Labor Day. (That number has held steady for the last two decades.) There are gift shops, Temples, Sweat Lodges, Church Services, something for everyone seeking to get in touch with their spiritual side.

Hopefully, I’ve shown you the reader that there is a whole other side of NY that is exciting, spooky, historic and just plain fun!  There is truly something for everyone in this beautiful state. So when you are planning your next adventure, consider the Empire State and you will definitely not be disappointed.