Home / Folklore / Historical / Research / Selkies: The Other Kind of Mermaid

Selkies: The Other Kind of Mermaid 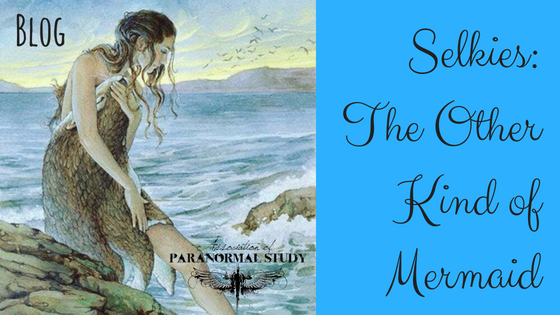 Researching lore of different cultures is another area of research that I feel is important if we were to understand why hauntings and myths exist. From sightings of Nessie to understanding why paranormal activity is occurring in a certain area. Often, this ends up with me going down some sort of rabbit hole where I start out researching banshees, and then I run into selkies.

That’s exactly what happened to me in 2013. I was researching the banshee for a paranormal class I was helping with when I ran into the concept of selkies. I immediately fell in love. I’ve always been into the idea that mermaids exist, even though it’s far-fetched. I’m also fascinated by the fact that manatees may have been mistaken for mermaids, which really make you wonder about the hallucinations of sailors.

I’m hesitant to call selkies “mermaids”, while they are often grouped with them. The origin of selkies seem to come from Scotland, mainly from the Orkney and Shetland area. Selkie legends can also be found in Scandinavia and Ireland, which is rather fascinating. Selkie means “Seal Folk”, and they are seals who are able to shed their skin and be human. You’ll often hear stories of selkie women being coerced into marriage because a male suitor found their skin and essentially holds them captive into marriage. Even if consent was a thing in these legends, the selkie woman will always long for the sea and look at the ocean. Once the selkie bride finds her skin, she will abandon her husband and children and return to the sea. There is also lore that indicates that the children of humans and selkies will always long for the ocean…and they become sailors.

Male selkies are incredibly handsome, and they are considered to be more predator than prey. They lure unhappy wives, usually of fisherman. They can summon selkies by crying seven tears into the sea. Time with a selkie is often short, and they are not supposed to come back for seven years. However, if they’re skin is stolen, they are forced to stay.

Selkies can be men or women, and some say that instead of shedding their skin, they are shapeshifters. When they are in the water, they are seals. On land, they are humans. You could say that the selkie is an unknown and hidden gem when it comes to legends and lore. When it comes to looking into the actual origin of where the selkie came from, it seems to be that these legends emerged about the same time that the Scottish and Spaniards were marrying the native women in the area (who wore fur) after being shipwrecked.

The key is their seal skin. They are able to literally shed their seal form and walk amongst humans. They carry their skin with them like a costume. You can find some truly beautiful art of selkies…including beautiful men and women who look out to the sea while clutching their seal skin.

In comparison to mermaids and sirens, selkies are far more demure and tamer. The deadly repercussions from interacting with a selkie is almost non-existent. In fact, you would rather run into a selkie instead of a mermaid or siren.

3 Responses to Selkies: The Other Kind of Mermaid