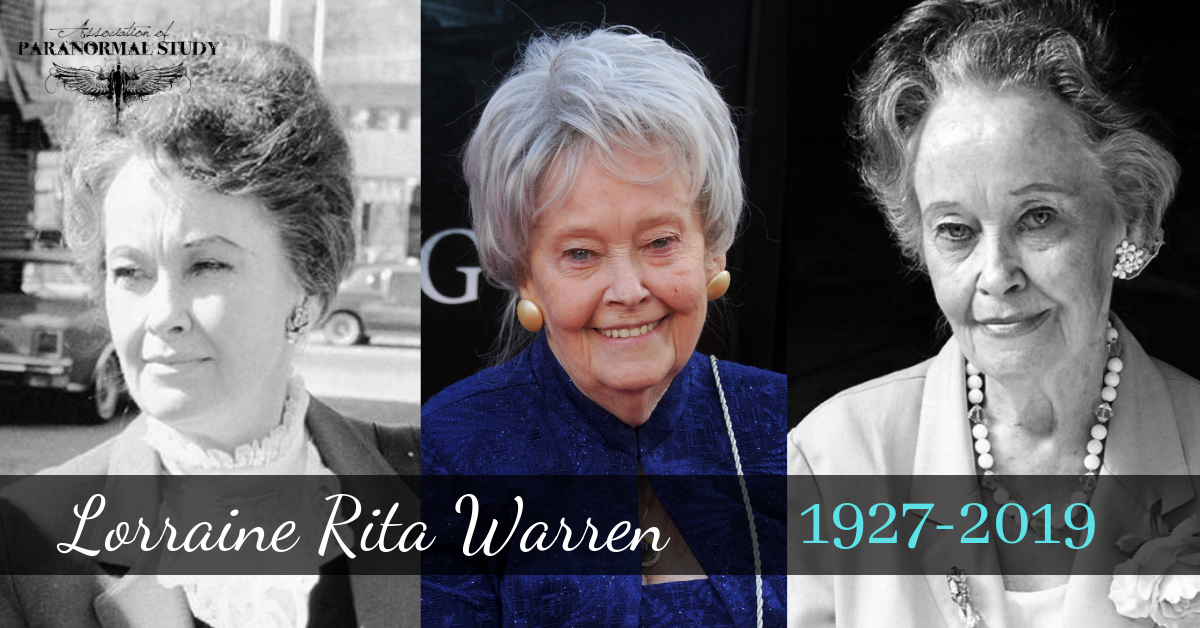 On April 19, 2019, Tony Spera announced on his Facebook page that Lorraine Warren passed away in her sleep last night. She was 92 years old.

Lorraine and her husband Ed were best known for their work in the field of paranormal research. Ed and Lorraine Warren were trailblazers in the field and shared the stories of their most intense cases. Their stories have inspired “The Conjuring” series, covering some of their most famous cases such as the Amityville Horror, Annabelle, the Enfield poltergeist, and the Perron family haunting.

For anyone who is a paranormal researcher and investigator has likely picked up a book about the Warrens. Ed and Lorraine became particularly famous for taking on some of the evilest cases known to the world. While their reports have been reached with skepticism, it didn’t sway their passion for the paranormal. Ed became the “go to” person for demonic cases, and Lorraine rose to fame for her work as a clairvoyant and a trance medium. Their stories inspired “The Conjuring” and other books and media.

Ed and Lorraine became memorable after the world learned that they kept the haunted items that they collected throughout their cases. It became one of the most famous haunted museums. Their Warrenology events continued up until Lorraine’s passing. Lorraine’s daughter, Judy, and her husband, Tony Spera, helped Lorraine continue her vision and mission as time progressed.

As someone who wasn’t allowed to read or watch anything paranormal-related when I was growing up, I often read books at the library and kept my own little bookmark in the book as I put it back on the shelf. Luckily, I rarely had the occurrence of someone checking out a book before I was finished. “The Demonologist” by Gerald Brittle was the first book I read about ghost hunting and demonic cases. Ed and Lorraine’s work fascinated me as a young preteen and I wanted to learn more. Since then, I followed their careers with earnest.

Thank you for making the paranormal a bit more normal for us.

Thank you for inspiring me to get into the paranormal field and help others just as you and Ed did.

Thank you for inspiring me to dig deeper and look at the paranormal through different eyes.

I hope you rest in peace with your beloved. I know Ed welcomes you with open arms as you journey to the other side.